There is something very attractive or even fascinating about open landscapes. 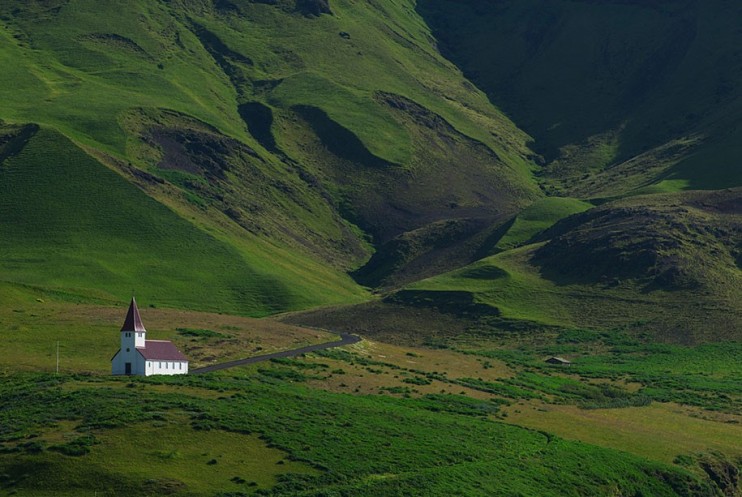 This is from Iceland. But you may ask: why is it open like this? Is it because of hostile climate?

Iceland was settled by vikings, mostly from Norway, beginning around the year 870. It is said that at that time Iceland was forested on perhaps 40% of its land area. However, the settlers opened land for farming and grazing, and they needed timber for housing, fuelwood for heating and charcoal for their smithies . Regrowth under the harsh climate was slow, and according to historical records the island was more or less deforested within 300 years after the first arrivals. (It would be interesting to compare the process with that on Easter Island.)

NY Times presented a detailed article on 20 Oct 2017 that is worth reading and that deals with the difficulties to regain a forest cover.  https://www.nytimes.com/interactive/2017/10/20/climate/iceland-trees-reforestation.html

At this stage the forest cover in Iceland is a little more than 1% only, in spite of efforts since WWII to reforest. The deforested and exposed areas have been eroded, topsoil has been lost, and remaining soil affected so that it has become infertile and less suitable for forest trees. As it is, only few species will thrive including pine and a kind of birch: Betula pubescens. They seem to need at least 20 years to form a protective canopy, and 40 years or more to mature. The birch wood is low-quality and suited for fuel only. Reforestation work goes on, but it will obviously take generations to complete the job! (The target is 5% of the land in 50 years!)